Why Printer Ink Is So Expensive? (The Truth)

Printer ink is inevitably expensive because of its ability to meet a wide range of needs (personal and commercial) and the making process that is involved.

From the earlier days of scribing, ink existed and served the purposes of writing and drawing. Knowing little that it would live on to see various generations pass by and evolve accordingly to suit various new purposes. One of the greatest evolutions it has seen is its development into printer ink.

What is Printer Ink? 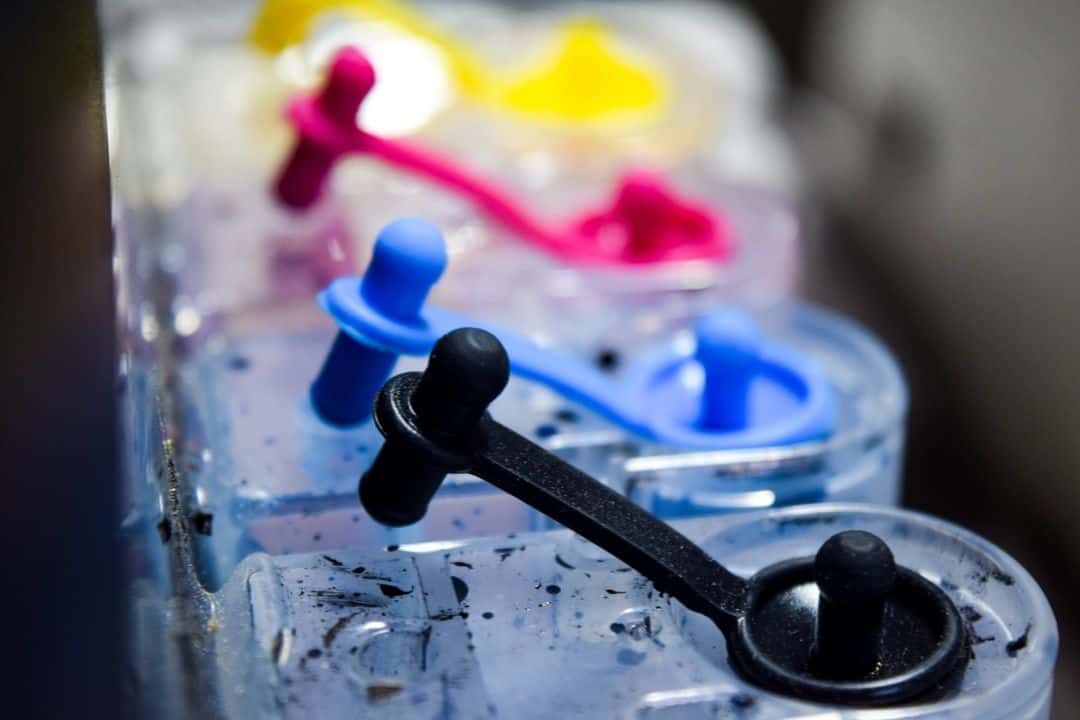 The ink that is used for printing purposes is called Printer Ink.

Ink, as we all know, is a fluid available in a range of colors and is used for writing, drawing, and printing. Printer ink is used for printing anything from a daily public newspaper to a personal assignment.

No matter how smart the printer is, it has no purpose without printer ink. And that is the power every printer ink holds. No wonder why it is not cheap.

There are various ways of making ink, starting from the base to the additives. Hence, it is also likely that there are various ingredients involved. Here are some of the common components of printer ink.

Every mixture requires a solvent or a base. In the case of printer ink, the three common solvents include water, petrochemical solvents, and oil.

However, the use of oil as a solvent is particularly seen in printer inks that are chiefly used in wide-format printers like Canon Pixma iP8720 Wireless Inkjet Photo Printer, which are generally used for commercial purposes.

Colorant is the substance or material that gives the ink its color. Pigments and dyes are the colorants used in the preparation of ink, while the pigment is especially used for printer inks.

These colorants are generally in the form of powder, however, pigments are insoluble (can’t break down in water) and dyes are soluble.

The pigment is fundamental for printer inks because it not only gives color to the ink rather it also determines the ink texture, and the ink’s resistance to solvent, light, and heat.

While most printer inks use only the pigment, lately there are printers like Epson who have started making use of hybrid inks, which is simply the combination of pigment and dye.

The company has also made claims that the hybrid ink would last for almost two centuries, surpassing the pigment-based ink by over a year.

These are the masala to the curry; they help in making the printer ink resilient and multi-purposeful.

Resin is a binding agent. Resins not only help in binding the ink to the printed surface but rather they also help produce a glossy surface and make the ink repel water.

Dispersants – These dispersing agents help in the fluidity of the ink. As seen earlier, pigments are insoluble; hence the dispersants help in the smooth dispersion of the pigments and the reduction of the attraction between the particles in the dispersion.
Defoamer – Bubbles or foam are inevitable in a mixture. However, when making printer ink, the appearance of foam must be avoided at all costs, or else the printed image may not be clear. Hence, the anti-foaming agent is added as they are a crucial component.
Biocides and Bacteriostatic agents – These additives are used to hinder the growth or development of fungi and bacteria. Biocides are also specifically used for the growth inhibition of any kind of living organism.
Humectants – Nothing can escape from the grasp of old age, and printer inks are no exception. In the case of ink, humectants are the anti-aging property used, as it prevents evaporation and reduces the pace of the ink’s aging process.

The crux of the matter – why is it expensive? 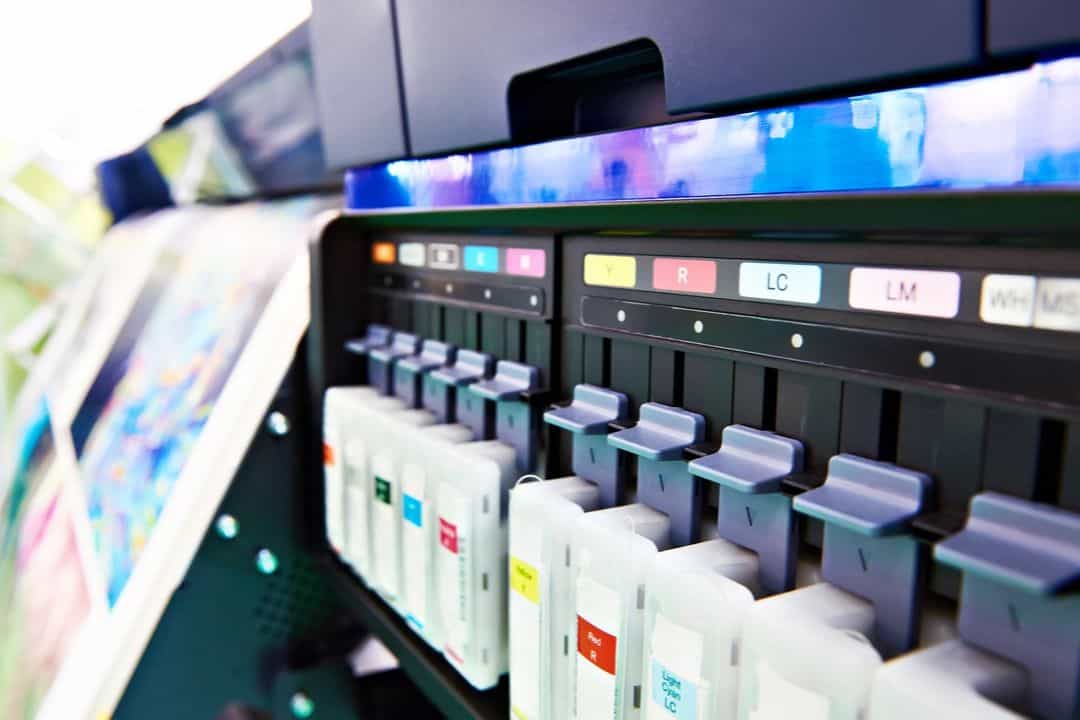 It is chiefly because of the technology, mechanism, and research involved in the making of printer ink.

Now, a printer can be bought for as cheap as $35 to $70, while a single ink cartridge can cost as much as $50 to $100, which contains ink at a quantity hardly more than a Heinz ketchup packet.

Let’s take a stroll down to see what companies that manufacture them have to say about it.

Companies like HP have pointed out that a lot of expenses, in billions of dollars, and years of research and development work goes out into making the ink durable and long-lasting to a photographic effect.

It is being argued, noted, and justified that the technology involved to make the ink withstand heating and vaporization to 300 degrees, at a rate of 36,000 drops per second to be squirted at 30 miles per hour via a nozzle whose thickness is third the size that of a human hair, requires skills, expertise, long hours of formulating, and heavy expenditure over the years.

The hotly debated topic on the companies using the microchip in the printers that restrict the use of third-party ink cartridge providers is also being justified by the manufacturers that the microchip installed is only to enforce the expiration dates which will, in turn, prevent the user/consumer from using ink cartridges that are old and expired.

So, are the prices justified?

There have been many debates and lawsuits in regard to the extreme price tags of the ink cartridges, which has been deemed to be even expensive than vintage champagne and human blood.

The Lexmark Company argued once that the creation of unofficial microchips that allows the third-party to provide ink cartridges to any printer models at a cheaper rate was violating the Company’s copyright and deemed it under the US DMCA to be illegal.

Thankfully, they did lose that argument.

But what are the real costs and issues that the manufacturers and the consumers face respectively?

According to an article in Business Insider, it is being said that the actual costs of manufacturing the ink are between $20 and $40.

Not to mention that the amount of ink in the cartridges of most of the manufacturers have shrunk to about 5 mils from the previous amount of 20 mils over the past few years.

Although, in the market, there are sales of cartridges of 20 mil ink coming with a higher price tag. It is also noted by experts that there are cartridges that contain only a mere 3 mil inside them.

How to save money on printer ink?

That is why; we need to sort out the priorities when planning to buy a printer (link to your other articles on How To Guides). Just because the inkjet printer is cheaper than the other one doesn’t mean that it is going to save you more money, not at least in the long run.

So, when buying a printer, it is necessary to do some research and consider what the needs are and how much will it really cost to run the printer.

Here below are some of the basic tips that can be considered on saving money:

Just like any OEM company delivers better quality ink than others, it is the same with the quality and the price tags of the aftermarket brands. So, make sure to check and find out from the customers’ reviews to get a better generic cartridge worth the pay from reliable and reputed companies.

When buying ink cartridges for official purposes, which often are a bulk of printing work, it is wiser to buy an XL Cartridge.

Yes, it is a bit pricey but the cheaper cartridges have very little ink and are not sustainable for longer use. If you want to get the most value when buying a printer, then don’t just evaluate the pricing differences across the printer models but compare the cartridge page yield too.

Get a printer that has different cartridge compartments for different colors for printing color documents.

It is best to avoid Tri-Color Ink Cartridge printers as they not only are expensive but also inconvenient and wastes the other colors that are still not empty.

With separate ink cartridges for all the colors, only the finished color cartridge needs to be replaced. I recommend looking into ecotank printers, which are a lot more affordable in the long run.

You can always browse through Amazon and find lesser-priced options. Here are some for you to start with; 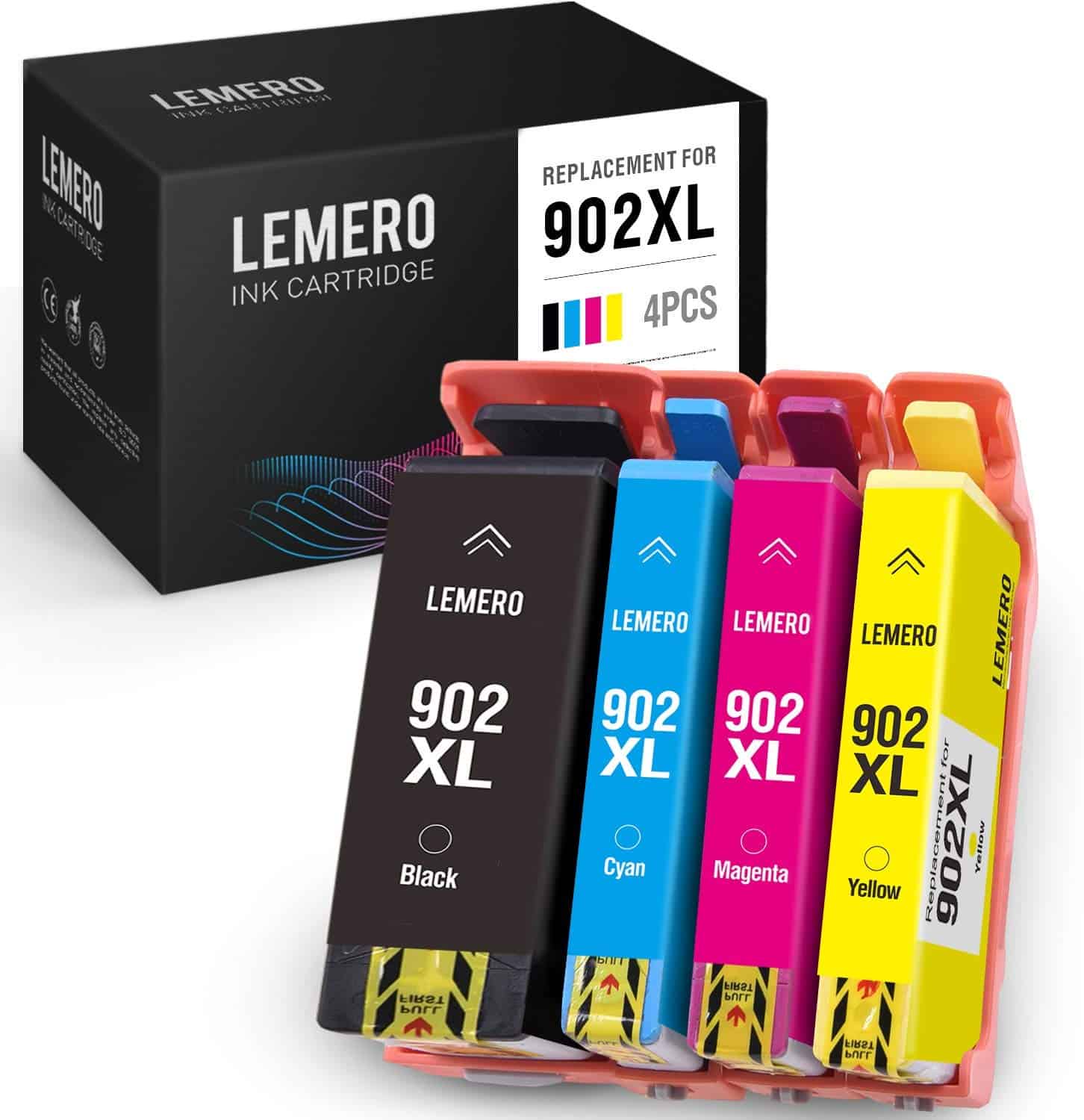 It comprises of the four colors (CMYK) ink cartridges, each XL in size, which can print up to 825 pages at 5% coverage.

While most HP printers don’t support other company cartridges, this product is an exception. It is resistant to smudge and fading of color. It produces vibrant colors and can be used to print out vivid and quality photos. 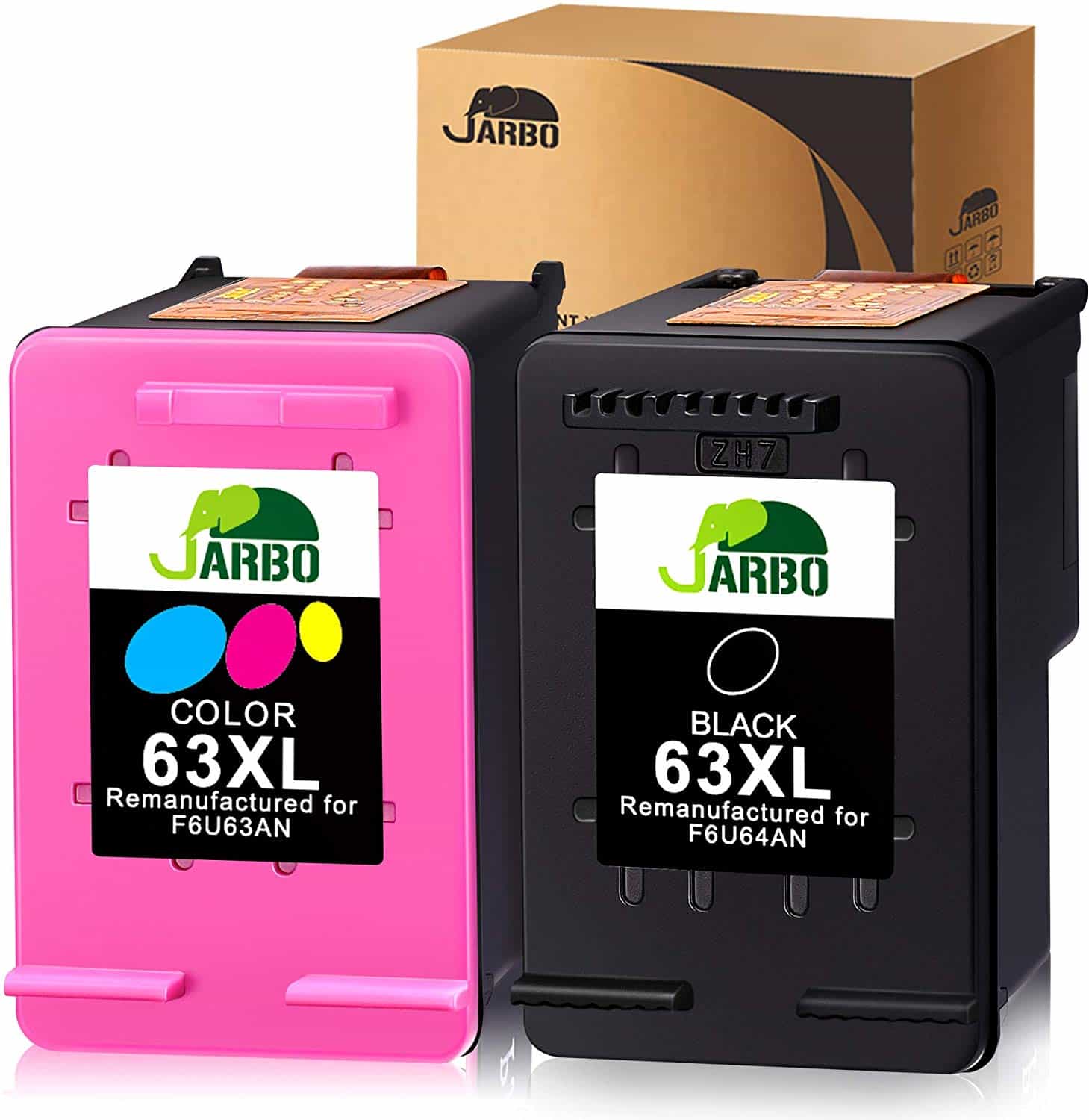 This product is a combo pack of one black and one tri-color ink cartridges with the ability to cover up to 480 pages and 330 pages respectively. It is suitable for HP Officejet Series, HP Envy Series, and HP Deskjet Series.

This ink not only produces great quality printouts but it is also eco-friendly as it consumes a lesser amount of energy to run.

Printer ink has been able to serve necessary purposes since the inception of printers, and it is quite difficult to be sold at a low price because of the energy put into its creation and utility.

And, it is no surprise, that it has been subject to debate and lawsuits. However, there are also various methods of getting the best out of purchases made within a budget.

No coin has the same designs on both sides. Similarly, if there are expensive printer ink cartridges, then there are cheap printer inks as well, both being almost of the same high quality. However, one needs to always understand the complexities and arduous labor involved in making quality printer ink.